Pugsley Sidwell Business Development (PSBD) is a consultancy that specialises in helping professional services firms, small businesses and agencies to attract and retain clients. You need to stand out from your competitors to attract new clients. There is fierce competition for work so it is equally vital to hang onto the clients you already have. Clients expect their advisers to have excellent lawyers, accountants, PRs etc. But they also want them to be commercially astute, well versed in the issues facing them, knowlegeable on the latest developments in their industry sector and adept at networking. You need to understand your own firm. Knowing what each department and office in your organisation has to offer enables you and your colleagues to make the most out of cross selling opportunities to new and existing clients. To be expected to do all this on top of your actual work can seem a tall order so PSBD are here to help. Pragmatic, practical help as well as strategic long term planning. We provide you with simple, straight forward tools, training and action plans to enable you and your firm to really understand your clients and communicate with them.

“The way we elect our management teams discourages innovation”. Nigel Boardman (Slaughter and May) is never one to beat about the bush. I happen to agree, although I'd include the entire partnership model in that statement.

Unusually, the client (as represented by Andrew Garard, Group General Counsel & Director of Corporate Affairs, Meggitt PLC) was understanding of the challenges for law firm leaders to be bold: “Law firms are like oil-tankers" is not a new defence, but I guess it doesn’t make it any less true. It didn’t help either that “ there are a lot of ingrained attitudes and lawyers, by their very nature, are quite conservative, so change does not come easy to every constituent in a law firm.”

Well-known for being innovative and creative and a pioneer in her own right, it was interesting to hear Tamara Box, Managing Partner EME, Reed Smith explain how “boldness of leadership is quite hard” in an “ uber competitive” buyer’s market for talent where any bold move for change gets internal pushback anchored by “this idea that we are really nothing more than a collection of those particularly higher producers and everyone else is in service to that and any departure from the industry norm is to risk losing those producers.”

Plus, although everyone thought the democratisation of leaders was a good thing, it did create “partnerships where everyone thinks they are a leader or an owner and where 'followership' is seen as a weakness.”

Tamara agreed that law firm leaders had therefore missed a trick: “We aren't yet good at figuring out: how do we become something different? We are really good at doing what we always did.”

Ben McGuire, Innovation & Business Change Director, Simmons & Simmons explained that part of the difficulty was that “We have had, in the past, managers who were much more like politicians than business leaders, who have balanced the competing desires of the partnership against each other rather than leading change. Very importantly - and this is no criticism because it worked very well in the past - they worked hard not to threaten partner autonomy rather than to align the partnership behind broader goals – that model will not serve us well in the emerging legal market”.

Tamara would clearly have preferred an environment in which leaders are not “so afraid of failing…that we forgot to try to be bold. She agreed that “a crisis is a huge opportunity to look inward for a moment and decide what we want to be - and what do we want to be in the context of our competition (and who is that, by the way?). There has been a lot of encroachment upon the eco-system which was 'the legal profession', but while we looked away and pretended it wasn't happening - this climate, this crisis will force most of us, certainly law firms in the global arena, to look at what is it our clients want of us. But we haven't yet looked wholesale at how our profession needs to change and the dramatic ways this could happen. Will you even be a law firm at the end of it? What are clients actually asking you to be?”

By marked contrast, no existential, soul-searching questions client side; Andrew’s world  appeared so much more straightforward:

“What's the point of hiring the GC unless the CEO is going to trust that person to deliver the right organisation that the risk profile of that organisation needs, but also will deliver optimal efficiency in the balance of internal and external resource?”

Well, quite. So, dropping a fearless and  bold GC leader in an apparently less constrained environment means he’s done a lot in the few months since he joined Meggitt:

“We have adopted the philosophy of " don't waste a good pandemic", so I've driven change right throughout my organisation. It's been painful, but interestingly, driving change you get to understand what the team really think. I've had loads of emails either telling me I'm a complete moron for what I'm doing or that what' I've been striving to achieve has been long overdue and the organisation will be better for it.”

In a law firm world, that ‘moron’ email would be in the ‘vent-pile-to-be-deleted-in-morning’. Unless bravery is fuelled by alcohol.

Nigel agreed and added sombrely: “Some law firms will not survive.”  The gloomy predictions continued:

“And I think we're going to see, unfortunately, an entrenchment of existing management practices because if you've survived, you've done OK, so unless we get one or two mould-beakers out there, people will become more entrenched, not less entrenched.”

Sigh. This is not looking good for shape-shifting activity.

No “may be” about it…. Mike chipped in: “So Is this a 2nd order paradigm shift in change or is it merely 1st order change, and is it going to be Emperor's new clothes again?”

Erm…I don’t like how you’ve phrased this, Mike, but we all know it’s going to be the ‘merely’ option.

“There is going to be a paradigm change, but I don't know that many law firms will be leading that paradigm change. But those that do, or who at least prepare themselves for what is coming, they are going to be in a position to take bolder moves as a result. And that groundwork is really important: preparing people in their minds, rather than write instructions saying “this is what we're going to do now”.

Tamara knows all about that groundwork, but for her the challenge lies elsewhere:

“For me, leadership is about empowering others - not just enabling – but actually pushing them forward and building them up. That is what real leadership is about and what we often really struggle with, in partnerships in particular, where everyone believes that they are a leader or an owner and where 'followership' is tricky and somehow seen as a weakness.”

“I think being able to find ways of “conducting” through empowering everyone to be their “best musician”, using Mike's analogy (see Part 2) is the right way forward. This the way modern leadership has moved, but we have largely missed that boat in law firms where we seem to still value linear careers and conformity, so how we modernise and really bring that thinking to the business and to the decision-making in the business is our great challenge.”

This AuDela SmartTM is part of a series of AuDela virtual roundtables designed to look at “Shape-shifting: the new shape for legal services in a post Covid-19 world”. Click here to access the whole series.

“The way we elect our management teams discourages innovation”. Nigel Boardman, Slaughter and May 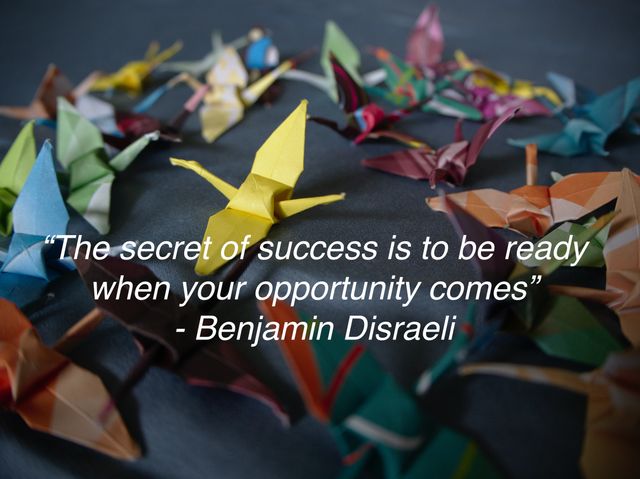 Do you know which of your colleagues have relationships with your clients? Hint - probably not!
James Barclay

For plans and pricing, please contact our sales team at sales@passle.net

Sorry, you don't have permission to repost or create posts.

Your repost is currently a draft. Review your repost and request approval.

Sorry - this is not an option. This post already exists in the Passle you have selected.

Try reposting to another Passle.